Hyperplastic Changes with and without Atypia

Hyperplastic Changes with and without Atypia

The normal ducts and lobules in the breast exhibit a single layer each of epithelial and myoepithelial cells (Fig. 3.1). 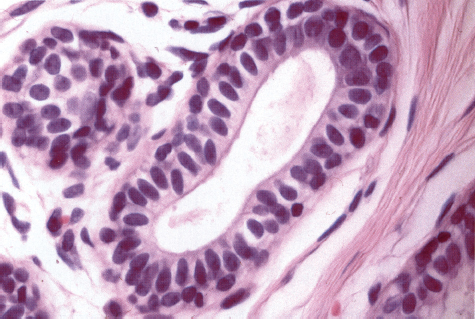 In epithelial hyperplasia, more than one layer of epithelial cells is present (Fig. 3.2). 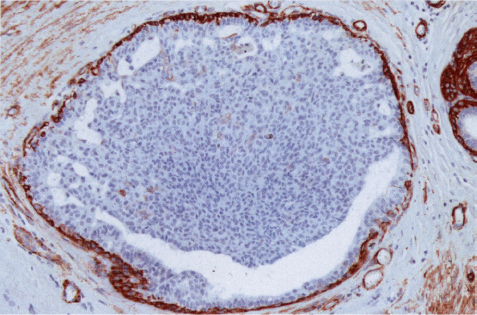 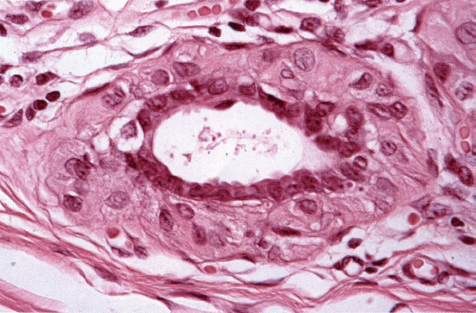 Hyperplasia may be a focal or a diffuse phenomenon involving a portion of the terminal ductal-lobular unit (TDLU), the entire TDLU, or many TDLUs and ducts. 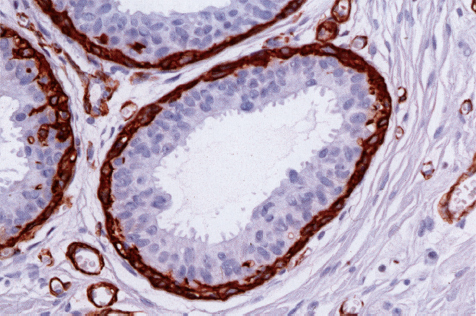 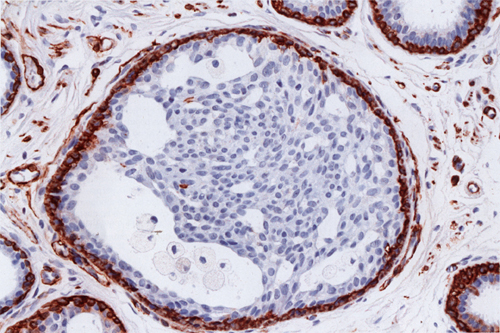 Neoplasia may also result in several layers of epithelial cells within the ducts and acini. Hyperplasia and neoplasia can be differentiated on the basis of their cellular and architectural characteristics.

Hyperplasia is a benign proliferation of several cell clones resulting in a polymorphous population of small cells (Fig. 3.6). 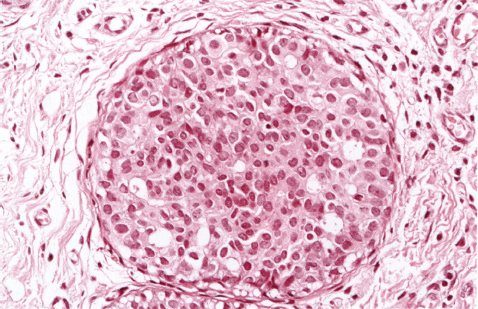 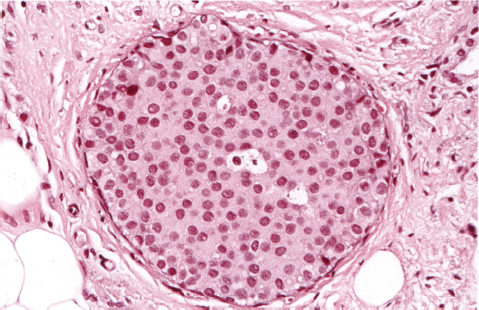 Low-grade malignant epithelial cells appear as a monoclonal, monomorphous population of small cells (Fig. 3.7). These cells also give rise to several layers of cells within the ducts and lobules, resembling hyperplasia, and they may even appear within epithelial hyperplasia, partly taking over the structures. If only a portion of the TDLU is replaced by this monomorphous cell population, the lesion is called atypical ductal hyperplasia (ADH) (Fig. 3.8). If the entire TDLU is filled by the monomorphous small cells, the lesion is considered to be ductal carcinoma in situ (DCIS) grade I. ADH differs from DCIS grade I through extent and distribution, not through cellular features. 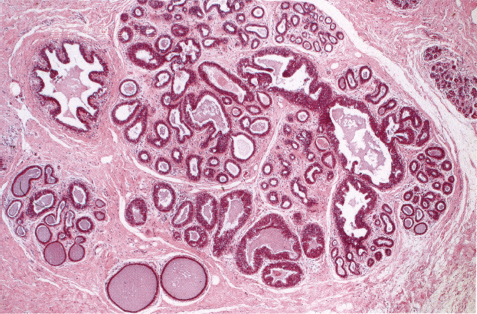 During the evolution of DCIS, different cell clones may appear within the initially monoclonal tumor cell population leading to a multiclonal malignant cell population. These lesions are grade II or grade III DCIS and consist of a population of large polymorphous cells (Fig. 3.9). 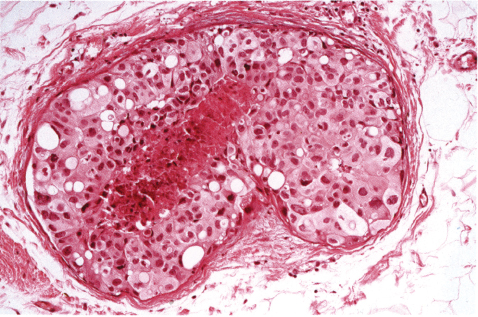 < div class='tao-gold-member'>
Only gold members can continue reading. Log In or Register to continue

Tags: Practical Breast Pathology
Jul 31, 2016 | Posted by admin in ONCOLOGY | Comments Off on Hyperplastic Changes with and without Atypia
Premium Wordpress Themes by UFO Themes
WordPress theme by UFO themes